Parakeets are one of the most preferred pets as birds; they are also among the smallest parrots. They are easily available worldwide, do not cost a ton of money, have a very friendly and engaging nature, and easily catch human language. 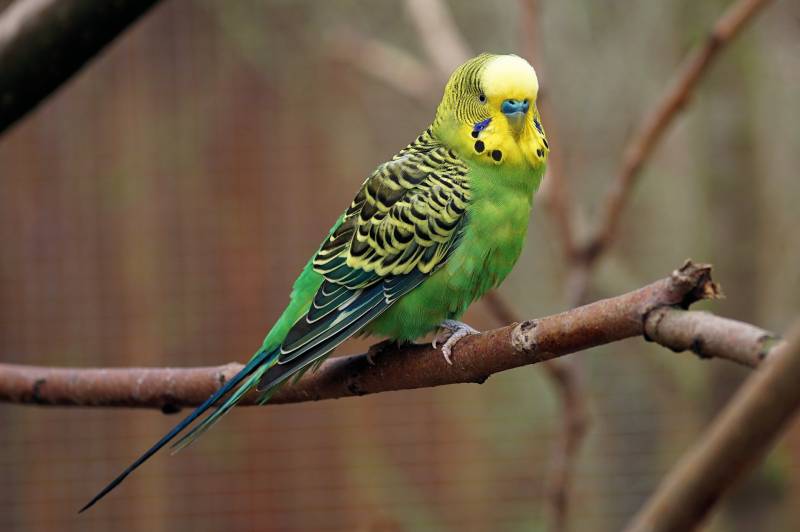 They are very social and need a lot of activity time out of their cage and social interaction with other birds of its kind; they also need a balanced diet and can be very demanding sometimes.

Parakeets are also very talky animals; they give calls for all kinds of things. To express their emotions, if they are bored, if they want social contact or enjoyment, if they need food, bath, or want to attract your attention, and sometimes when they are at peace and feeling joyful or even for nothing.

Chirping Is In Their Genes

When their ancestors lived in dense forests, they were usually unable to see each other because of the dense nature of the forest, since they are small and got lost behind thick leaves.

So, they developed chirping to call each other and know where the other family members are. Similarly, when parakeet at your home chirps, they might be trying to find their family members.

When You Unknowingly Encourage Them To Chirp

When other birds chirp loudly, parakeets usually have the habit of responding with squawking or a loud chirp, and they feel encouraged by this call. When you shout at them to make them stop chirping, they think you appreciate their loud chirps.

You are unknowingly encouraging them to speak even louder, and they feel like you are answering their call.

To correct this behavior, you need to ignore them when they chirp loudly or look at them without speaking anything. It may be hard at first, but it will help you immensely.

When They Feel Alone And Bored

Parakeets are social animals. In the wild, they used to live in packs of hundreds of birds. The most joyful activity for them is social interaction. One can only imagine their situation when they are kept in cages alone.

If you do not give them enough time outside the cage, they will probably go crazy. They chirp infinitely out of desperation in such situations.

It is essential to provide them sufficient time outside the cage and let them do what birds are meant to do.

They Love To Mimic

They are very intelligent and try to mimic every sound they hear, like people talking, music, and any other noise.

They will try to incorporate these noises in their chirps and practice them. They like to call you with these voices to impress you.

It could be due to hormonal changes triggered by a change in the frequency of light falling on them during the day. If it is more than 14 hours, whether natural or artificial, can trigger hormonal responses. This can lead to parakeets being loud during the night.

Suppose you keep parakeets in a cage during the night, especially in another room. Then it may be making chirp sounds if it feels lonely or insecure there.

Parakeets make loud chirps due to many reasons. It can be due to excitement, fear, loneliness, hunger, etc. They are noisy social animals; they also make loud noises when calling you or want your attention. 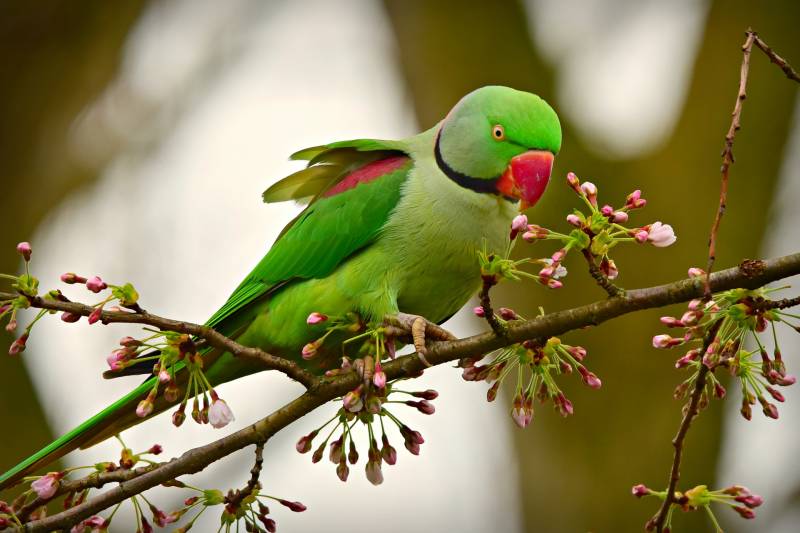 If you respond to them loudly, you are unknowingly encouraging their loud chirping behavior. Male parakeets also make loud noises to attract female parakeets.

If a female parakeet is nearby, then the male parakeet will start making very loud noises. Loud sounds like Television and Music will make them chirp even more loudly to get heard.

Parakeets Chirping When They Hear Water

Because it is in their genes, they are fond of running water sounds and taking baths. They start singing songs because they want to take a bath. It also reminds them of their natural habitat in forests where they used to play and sing when they were near rivers or fountains.

It is also an ancestral habit; they chirp in the morning because it is time to wake up. It is that simple, similar to other birds and chickens, which make sounds when the sun rises. To wake their family members and start doing daily chores.

Parakeets Chirping In Their Sleep

In the wild, parakeets chirp when sleeping because they want to fool their predators that they are awake. It is a survival instinct that they have inherited.

Parakeets also dream in their sleep, just like other animals. Since chirping is their favorite thing to do during day time, that’s what they dream of during the night and make chirping sounds.

They will chirp when they are hungry, when a female parakeet is nearby, or because they want our attention drawn towards them. They will chirp all day long; it’s what they do.

If they are chirping excessively and think something is wrong, you need to calm down as chirping signifies happiness and pure joy.

Parakeets are the most preferred pets for bird lovers because of many reasons, and chirping is one reason. They are a very interacting family of birds, and they love to express their feelings through chirping and squawking.

They are incredibly social, and if you are not accustomed to hearing sounds all day long, you should drop the idea of having a parakeet as a pet. But if you love the sounds of birds chirping and squawking, then they are a perfect pet for you!