Home > Behavior > Why Do Goats Headbutt? – All Reasons

Headbutting among goats is a strange habit that concerns a lot of owners. There are popular myths that social and psychological factors cause these behaviors. However, these claims are not entirely true. 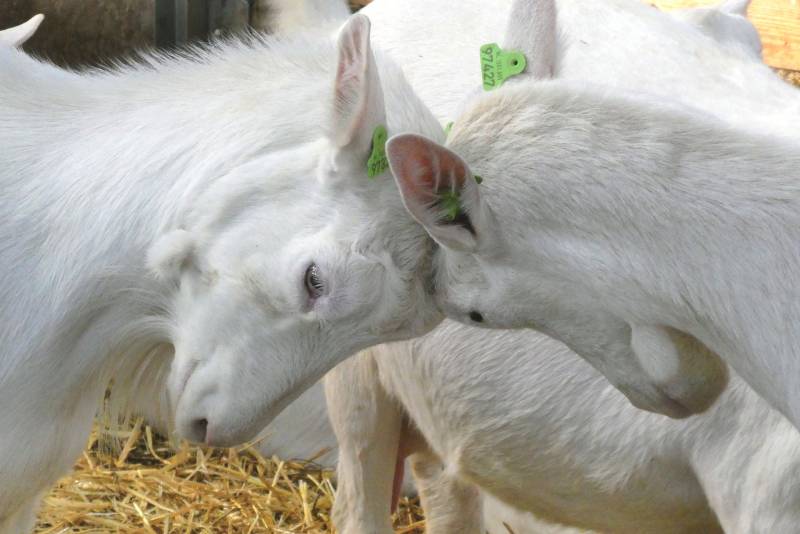 There have been some studies to find out the exact reasons behind headbutting. Researchers have analyzed that goat’s headbutt for several reasons in different environments.

In this article, we’ll take a look at some common circumstances in which goats headbutt.

Why Do Goats Headbutt Each Other

Their horns and skulls are strong enough to withstand the pressure received from a headbutt. Therefore it is doubtful that they may injure themselves while playing with each other. This activity is healthy for them.

Goats build up lots of energy in their bodies while eating healthy diets. They need to release this energy for both physical and mental improvement. Therefore, playful headbutting is in no way harmful for goats, and no attempts should be made to stop this practice.

Another reason that might be causing the goats to headbutt each other is a hierarchy and ritual fighting. This is yet another natural practice among them, but it is a bit more dangerous and can cause injury to the fighters.

This is because they showcase a high level of aggression and don’t stop until one of them quits the challenge. Most of such fighting takes place in the wild. Male goats fight each other, especially in the mating season.

Such wild goats are genetically coded to engage and compete in this fighting. However, if you notice this behavior in your pets, you’ll have to intervene and keep them in separate spaces.

Why Do Goats Headbutt Humans

Goats headbutt humans due to their survival instincts and fear. If they are not familiar with you then there are chances that they might engage in a fight with you. Unlike wild animals, human beings do not pose much threat to goats.

Therefore rather than running away, they will engage in a headbutting contest. This practice can also be triggered if you willingly provoke a goat. For instance, kids may try to imitate goats’ behavior and this will encourage them to headbutt the kids.

It can be extremely dangerous, and there are high chances of a severe injury. Therefore neither you nor your kids must provoke them.

If you find yourself in a situation where a scared goat is aiming to headbutt you, we suggest that you lie down on the ground. You have to wait a while to let it calm down before you finally get up.

Why Do Goats Headbutt Other Animals

Goats and other animals commonly headbutt each other. This is because many species of animals possess the same psychological habit. These are mainly bulls and cows.

They can engage in such practice due to any reason, including playful fighting, fear, or survival instincts. This headbutting is not dangerous if they are just playing. However, if you notice any signs of aggression among animals, we suggest that you take preventive measures.

As we mentioned earlier, male goats are more inclined to engage in headbutting activities. Therefore, you’ll have to be careful about them while you place them in an overcrowded environment. 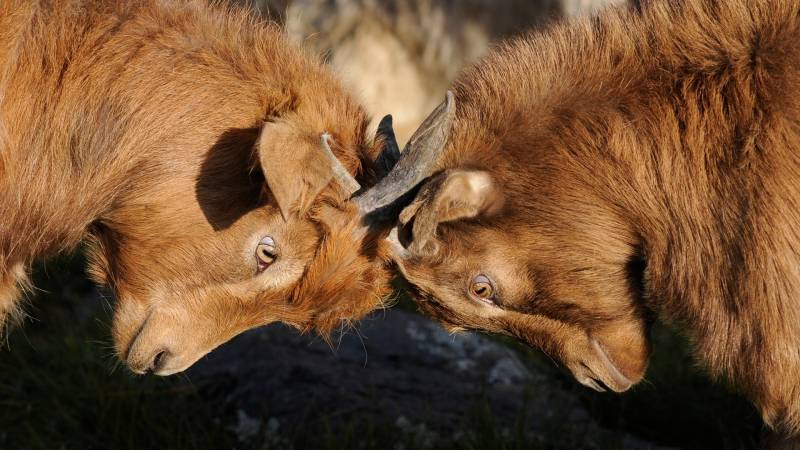 It is better if you keep different species of livestock animals separately. This will less likely result in any unhealthy headbutting scenario.

Why Do Goats Headbutt Trees

Goats headbutt trees to release their energy. However, this is not a common phenomenon among them. It is incredibly rare if you find one engaged in this practice.

They choose this option if they don’t find other goats to play with and practice their natural behavior. In such a case, you have to be very careful about your social environment. You must make sure that they don’t feel secluded at any time.

Thus, if you have an alone goat as a pet in your house, you’ll have to figure out how your goat behaves and interacts socially. You also have to take care of how it discharges its energy.

Why Do Goats Headbutt Fences

Fences and other similar objects are not the primary choices for headbutting for goats. Frustration is the main reason if a goat starts headbutting these objects. We have already discussed that headbutting is a natural phenomenon among goats.

It is considered a physical and mental need for them. Therefore, they’ll start headbutting anything to practice this habit. Always keep in mind that they do not have the mental capacity to identify the risk of any injury.

They may start headbutting a steel fence and thus end up severely injuring themselves. Also, if you have installed a new wooden fence around your house, you’ll not like it to get damaged. Goats have the strength to damage wooden structures.

The most beneficial solution in such a case is to provide a healthy green environment to your goat. You’ll have to make sure that your goat has the social company of other goats. Only then you’ll be able to prevent this headbutting behavior.

Unlike cats and dogs, goats should not be kept in a secluded environment. If you notice any unusual behavior among them, such as fence headbutting, you should try to navigate this behavior. If you try to completely prevent a goat from headbutting, it will not be fruitful either.

Goats must be kept in a natural and green environment to engage in physical and psychological habits while consuming a healthy diet. Thus you can ensure that they live a healthy life.