Home > Behavior > Why Do Dogs Like Fire Hydrants? – Reasons Explained

As a dog owner, you have probably noticed your dog specifically being attracted to fire hydrants. Usually, dogs approach the fire hydrant, make circles, and urinate on it. Such might have led you to seek answers as to why your dog behaves in this manner. 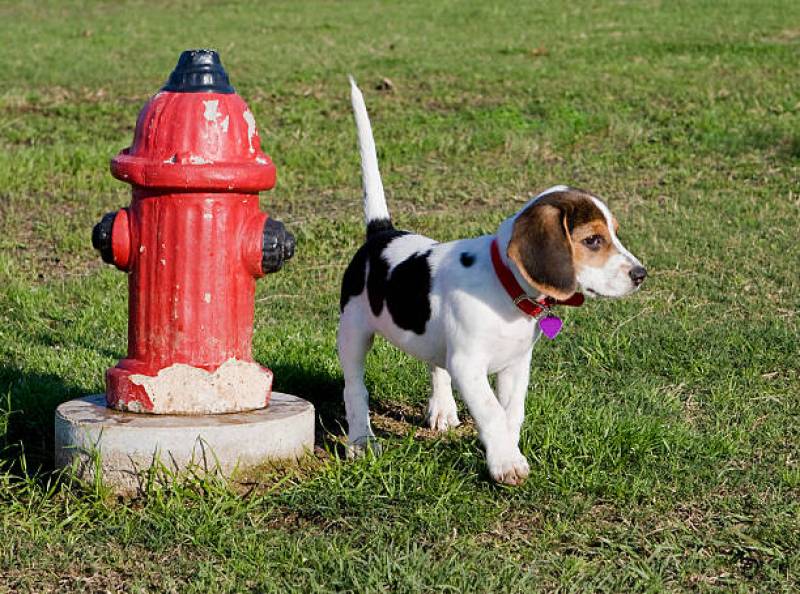 Could it be something about the shape, color, or something else that makes your dog attracted to fire hydrants? There are no definitive answers to this question. However, the points below are some of the reasons your dog likes fire hydrants.

It Is A Territorial Marking Behavior

Territorial marking is not exclusively a dog behavior. It is, however, mostly associated with dogs. A dog normally advances a fire hydrant, sniffs it, lifts one of his legs, and then urinates.

When marking their territories, dogs tend to leave small urine traces in a specific space, object, or area to claim ownership. The pheromones and other chemicals found in their urine act as a communication tool in marking territories.

A pheromone refers to a chemical signal used for communication between animals of the same species. Once this chemical has been released, a specific reaction is elicited by the receiver.

Both female and male dogs are capable of eliciting this behavior. However, it is more common among female dogs in their heat period. Usually, a female dog will approach the fire hydrant and pee on it. The difference in how they do this is the male lifts up one leg while the female does not.

The female dog does this to indicate to the males that they are ready for mating. This mostly happens if your dog has not been spayed or neutered. Once a male dog smells the urine on the fire hydrant, it can tell it is a female’s urine. It then gets the message that a female dog on heat is around.

For most dogs, the paint used, especially the municipal ones, is why they like fire hydrants. The scent in the paint smells sweet to your dog. The scent is also almost similar to canines’ urine to some extent.

It Is Their Playful Nature

Dogs are naturally playful unless they are sick or unfamiliar with the environment. This might not be the reason they like fire hydrants in most cases. However, it is among the least reasons.

Dogs love playing, and to this effect, they might view a fire hydrant as a toy and want to be near it. It happens if you do not have another pet in your home.

What Can You Do When Your Dog Marks On Hydrants?

Not only do dogs like fire hydrants. They also like to pee on them. As already stated, dogs pee on hydrants to mark territories. For most dog owners, marking territories might not be a problem. It becomes a problem when the dog does it on other surfaces that tamper with hygiene.

There are solutions to this when it becomes a problem. The first solution is spaying or neutering your dog. Dogs that have been neutered or spayed are likely to stop this behavior within a few months. It would be best if you considered doing this when your dog is still young. 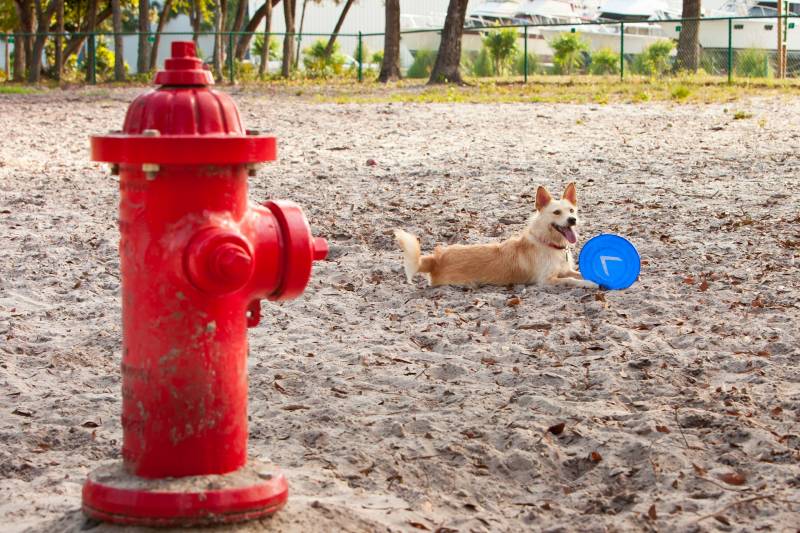 At a young age, the hormones for marking territories have not yet been set. Despite being neutered, some dogs are likely to continue marking territories due to stress or anxiety. If this happens, you should look out for the possible causes of stress and eliminate them.

The other solution is getting your dog diapers. The diapers will restrict your dog from peeing on anything they find within their visibility. You could also do away with the habit by supervising your dog. For example, when your dog starts to mark on doors, you could quickly interrupt it. Doing this will help your dog know it is unwanted behavior.

Dogs will always exhibit confusing behaviors. One of the behaviors is their love for fire hydrants. If your dog likes to spot fire hydrants within their visibility, it should not be a reason to make you worried.

It is okay to let your dog do what it enjoys as long as it does not tamper with the fire hydrant!