Home > Behavior > Why Do Birds Fly In Front Of Cars? – Explanation

Have you ever watched birds swooping around your car on the highway and thought “Those things are bold… look at them playing with us!”? Trust me, they are definitely not doing that! 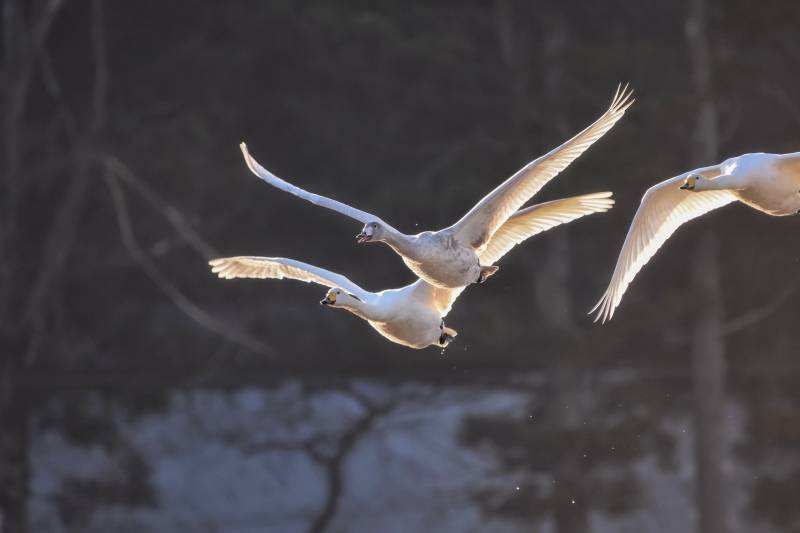 Birds are weird. A lot of times you will find them flying in front of cars. Why is it that they never get out of the way of the vehicle? There are lots of questions in this regard.

There’s a saying that goes around that if a bird hits a car, it’s a bad omen. Yes, it is true though not for humans but the poor little birds. Each year as many as 340 million birds smash into cars, over 10, 000 hit airplanes and, building windows claim 100 million every year.

These things are very troublesome and threatening not only for the drivers but for everyone. Why? Because it’s a significant cause of mortalities to some imperiled species of bird.

When it comes to escaping, birds are pretty skillful on it, so it’s a big wonder when they don’t. Let’s now discuss some points that could cloud the birds’ judgment.

Why Do Birds Fly In Front Of Cars?

Birds are protective by nature. When they see cars, they don’t realize it as a vehicle; instead, they see it as another predator lurking in their territory.

As a result, the bird will be defensive and do everything to scare you away, which could mean trying to come right at the car. This could be in a way where the bird might dart down at the car, fly in front of the car, or circling it.

It is a defense method for the birds to their territory or nest that never goes right.

Windows are worse than invisible for birds. The fact that they reflect the sky makes them a rather inviting prospect to fly into. According to Cornell’s Laboratory of Ornithology, birds hit windows because they think it’s a hole.

Birds, like many animals, can’t really understand reflections. So, when they see trees and the sky reflected in a car window, they believe it to be a tunnel through which they can see the other side and fly in front of the car.

Birds, especially those attempting to escape from predators, will fly into the glass trying to get to safety. In fact, most animals can’t recognize themselves in a mirror.

The only known species to be able to do so are humans, some great apes, and perhaps dolphins. Reflections, in general, are pretty confounding for most creatures.

Most of the window collisions that happen at night are because birds are attracted to light coming from inside or being reflected to from somewhere.

Cars and other vehicles are real trouble for most birds. But if you take it into account, the actual problem is the bird that is just in the wrong place at the wrong time. A bird flies fast, but they are pretty slow thinkers.

Based on a comprehensive analysis published last year in the Journal of Wildlife Management, it appears that the speed of our transportation network is what claims the lives of millions of birds every year. 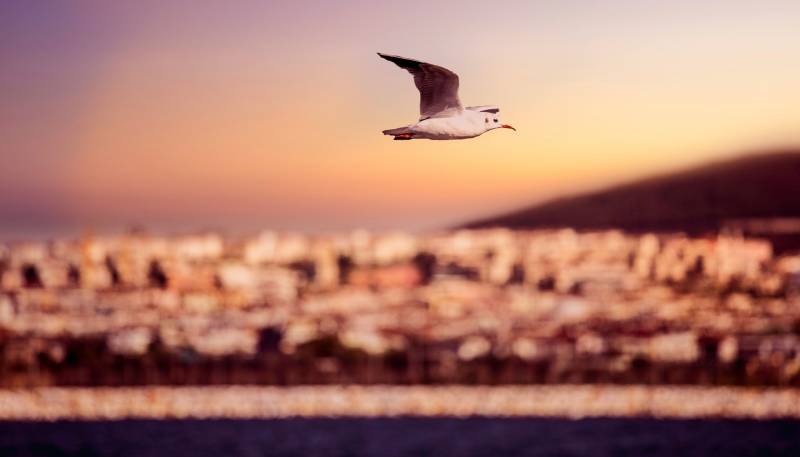 A study by the Royal Society B found animal-vehicle collisions occur as vehicle speed increases because of the way birds look for predators and other threats. They found that as the bird flew towards the oncoming car, it instigates escape behavior at a certain distance from the danger.

They found out that birds calculate the distance to the threat – not the time before they impact the threat. Thus, if the car speed increases, they couldn’t get out of the way.

When speed was less than 40 miles per hour (64kph), birds were mostly fine, but once they exceed 74 (120kph), they were pretty much rip off. Note that they only looked at the brown-headed bird.

There are species of birds that fly on lower grounds. For these species, the higher they fly, the more they will be susceptible to aerial predators and the more energy they will lose.

Oftentimes, birds chose to fly low in front of cars because of a change of weather approaching. Bad weather is associated with low pressure. When there is low pressure, it can cause certain birds to hunt for insects that are flying lower to the ground for the same “heavy air” reason.

During spring time, male birds mostly dive in to attack car windows, because, in the perspective of male birds, some bird is trying to encroach on their territory. This attitude is most commonly seen in mockingbirds and robins. It usually stops only when they find a mate.

The reason certain birds are flying in front of cars is not always clear. We may not really know what is going on in their little brains, but there are some things that we can do to prevent bird fatalities.

If you find a bird that is a victim of a collision, examine it closely for signs of injury. If the bird appears to be fine physically, check if it can perch on a branch if not assisted.

If it can perch on its own, you can leave the bird to recover naturally. However, if it appears that the bird has a wound, the best thing to do is to bring it to a wildlife rehabilitator quickly.

In the future, to avoid attracting the bird to strike windows, you can put decorative features on the glass. It will reduce the reflection and cushion the impact. In short, anything that reduces or breaks up the window’s reflection will reduce bird strikes.