Home > Interesting Facts > Why Are Hedgehogs Illegal In Some States?

Many hedgehog-lovers eagerly want to know why they can’t own these undeniably cute, small mammals in their state.

Why is it illegal to own hedgehogs and why regional authorities are not in favor of keeping them as pets? Are you also looking for the answer behind why hedgehogs are illegal in some States? If yes, you’re in the right place. 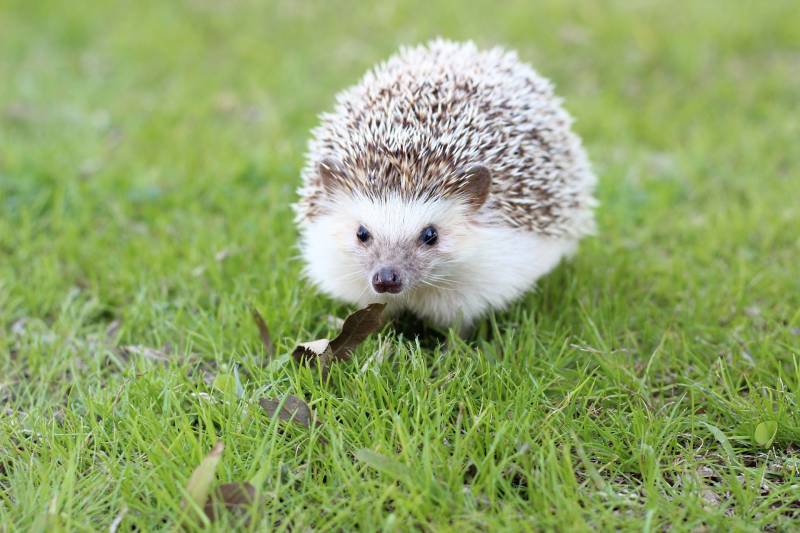 In this brief guide, we’ll provide you two main reasons why federal governments and departments of Food and Agriculture, Health Services, and Fish and Wildlife prohibit owning a hedgehog.

Reasons Hedgehogs Are Illegal In Some States:

To date, a number of states have subjected ownership of hedgehogs to restriction and being illegal. These states include Georgia, Omaha, Nebraska, Pennsylvania, Washington D.C, California, Maine, Hawaii, and Vermont.

Previously possession of hedgehogs was considered illegal in Arizona, but recently the government has become lenient regarding owning pet hedgehogs. Now, you can own a pet hedgehog in Arizona.

The State governments and concerned departments believe hedgehogs to highly invasive pests that can dramatically disturb the natural ecosystem.

The California Natural Resources Agency, known as the “Department of Fish and Wildlife (CDFW)”, restricted the transportation and possession of hedgehogs, shrews, moles, sloths, anteaters, armadillos, crows, jays, magpies, and many other bird and animal species under Manual 671, Title 14, of the California Code of Regulations.

CDFW believes hedgehogs aren’t only a threat to agriculture and the ecosystem, but also pose a threat to human health. The same is the case with the Georgia Department of Natural Resources, Wildlife Resources Division, and other states where possession of hedgehogs is considered illegal.

According to Statista, in the United States, approximately 19 new cases of Salmonellosis per 1M population were recorded in the year 2018.

Although hedgehogs are understudied invasive species, a handful of researchers have shed light on the potential negative impacts hedgehogs can cause on human health.

In a 2005 study, researchers from the University of California reviewed all previously known zoonotic diseases spread by pet hedgehogs. The review study was done by a pair of American veterinarians, Patricia Y. Riley and Bruno B. Chomel.

According to researchers, pet hedgehogs act as a natural intermediate host of Salmonella and Mycobacteria. Pet hedgehogs also carry Dermatophytosis or ringworm, Yersinia, and Microsporum spp.

Experts say, “Pet hedgehogs are vectors of an infectious bacteria that cause Salmonellosis (a bacterial disease that affects the intestinal tract) in humans”.

In 1994, in Washington D.C a young baby girl was diagnosed with Salmonella serotype Tilene infection. When the investigation was carried out by the doctors to know where the baby girl possibly got the infectious agent. 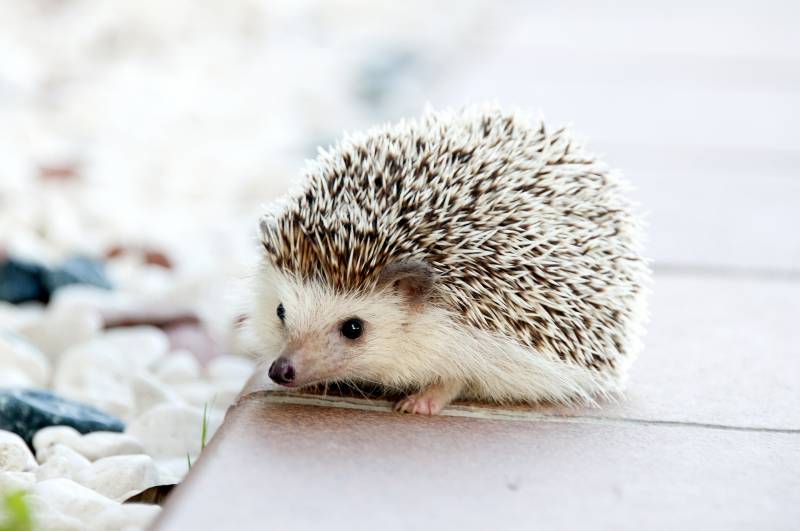 Later in the same year (1994), another case with the same infection (Salmonella Tilene infection) was reported from Texas. Coincidently, the patient of that family also owned a pet hedgehog.

In Canada from 1995 to 1997, cases of Salmonella Tilene infection were reported that were also transmitted through pet hedgehogs. Later that year, two human outbreaks of salmonellosis caused primarily by the Salmonella-infected pet hedgehogs were registered in Norway. The hedgehog population was infected by S. Typhimurium that was the main culprit behind the outbreak.

Hedgehogs Are Carrier Of Foot-and-mouth Diseases:

Pet hedgehogs transmit or introduce infectious bacteria and some fungal and viral diseases to humans. These bacterial, fungal, and viral infections can cause mild or severe health complications in humans.

In 1991 under Title 9 Code of Federal Regulations Section 93.701, the importation of hedgehogs was banned. The law was established due to hedgehogs’ potential to carry foot-and-mouth disease. This disease sparked severe economic concern in the livestock industry in 1991. Since then, transporting hedgehogs without a federal permit is considered illegal.

Because of hedgehogs’ zoonotic potential, ownership of them is not encouraged and considered illegal in some states. Not all species of hedgehogs usually make good pets. They even can transmit zoonotic agents, causing severe health issues in humans.

Therefore, the American Veterinary Medical Association and National Association of State Public Health Veterinarians have commanded against possession of hedgehogs.

Pet hedgehogs may appear timid and adorable to the exotic pet hobbyists, but these spiny coated insectivores are voracious feeders. Hedgehogs consume a large volume of small animals including insects, some bird species, slugs, lizards, snails, earthworms, and, occasionally, they kill and consume snakes as well. Sometimes, hedgehogs also eat fresh fruit and some vegetables.

Experts say, “A big part of the threat the pet hedgehogs pose is their predation capability to kill and consume a large volume of vertebrates annually”.

Hedgehogs are considered invasive pest species as they affect community composition through predation and consumption of these animal species. Experts believe that this non-native, invasive species is negatively affecting the balanced ecosystem functioning.

As hedgehogs are understudied invasive species, it is currently unknown how severely this predatory species affects the populations of small invertebrates.

See Also: Where Do Hedgehogs Live?

All pets, including cats and dogs, have a flora of parasites and microbes that they can potentially transmit to humans. Ownership of pet hedgehogs may directly expose you to various zoonotic agents leading to serious health complications.

The people rescuing or rehabilitating sick hedgehogs are significantly more at risk compared to owners of healthy hedgehogs.

If you still want to own a hedgehog despite living in a state where the possession of it is illegal? Apply for the permit!

You need a federal permit and also a permit issued by the state you’re living in for the transportation or possession of a hedgehog.