The term “finches” includes hundreds of species and subspecies, ranging from canaries to sparrows. Finches are tiny songbirds that come in an incredible range of colors, shapes, and sizes. 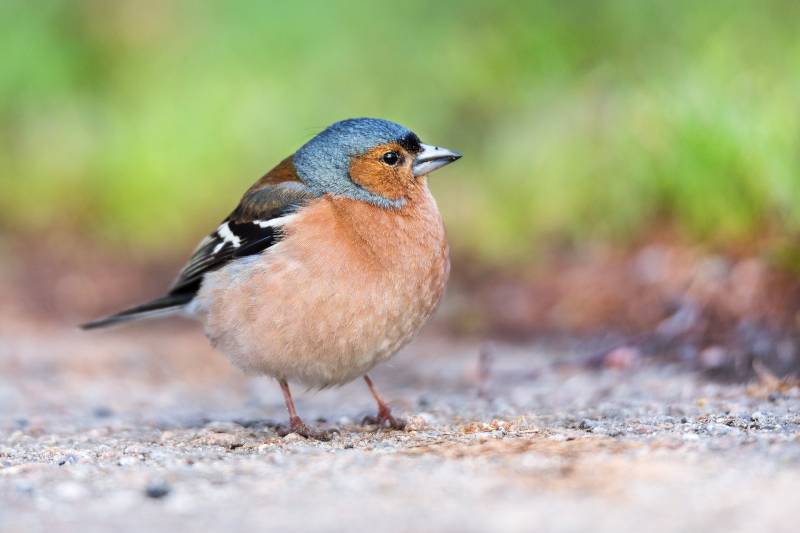 They all have tiny, cone-shaped beaks that are suited to the food they eat. All finches consume seeds, although the majority will also eat other plants and insects.

Where Finches Come From

Finches are found all across the world because they are such a diverse group.

Even the Galapagos Islands are home to 13 different finch species, all of which were examined by Charles Darwin, a famous British naturalist. One of the birds utilized in Darwin’s Theory of Evolution was a finch.

Where Do Different Kinds Of Finchesl Live

Finches come in all hues of the rainbow and vary from fragile to robust birds. Some have dull colors, while others are pretty vibrant.

Many species are dimorphic, meaning that you can tell which gender a bird is merely by looking at it. Others are monomorphic, which means you can’t tell the genders of the birds by looking at them.

Finches are classified as part of the Passeriformes order by scientists. With approximately 5,400 species, passerines make up more than half of all bird species on the planet.

These are the four main different groups of finches and places they are found:

This group of 138 finches is known as “genuine” finches. Canaries, siskins, chaffinches, rose finches, bullfinches, and goldfinches are members of this family. Fringillidae finches live on every continent of the world.

The bulk of the birds in this category are from temperate climates and like warm temperatures. They are all seed-eaters and like to congregate in flocks.

Sparrows and snow finches are members of the Passeridae family, which consists of 38 finches.

These finches, which were once exclusively found in Europe and the surrounding countries, have now been introduced to ecosystems worldwide. The House Sparrow is one of two Passeridae species that live in the United States. They are a hardy and sociable genus of songbirds.

This family includes the why-dahs (widow birds) and weavers and has 117 members (also known as bishops). Ploceidae finches mostly live in Africa and India, and they are more aggressive than other birds.

Where Do Domesticated Finches Live

The canary is one of the most tamed and popular bird varieties. Canary colors have a range of hues, ranging from brilliant yellow to brown, grey, white, and variegated (having either regular or uneven dark markings), as seen in the iconic Tweety Bird.

The canaries are fragile birds native to the Canary Islands. They have also been common as pets in Europe since the 16th century.

After the canary, zebra finches are the most popular domesticated bird species. Zebra finches are sturdy birds that are easy to handle. They are native to the Australian grasslands.

Zebra finches come in various colors, but the ‘’classic” zebra finch has black stripes on the breast and a red beak. The male has orange cheek patches that contrast with the rest of his body.

The Lady Gouldian finch is known for its stunning plumage. The gorgeous look, which originated in Australia, is what attracts people to these small creatures. They are little, but they make excellent aviary birds.

These birds were initially raised in captivity in China. They were never seen in the wild. 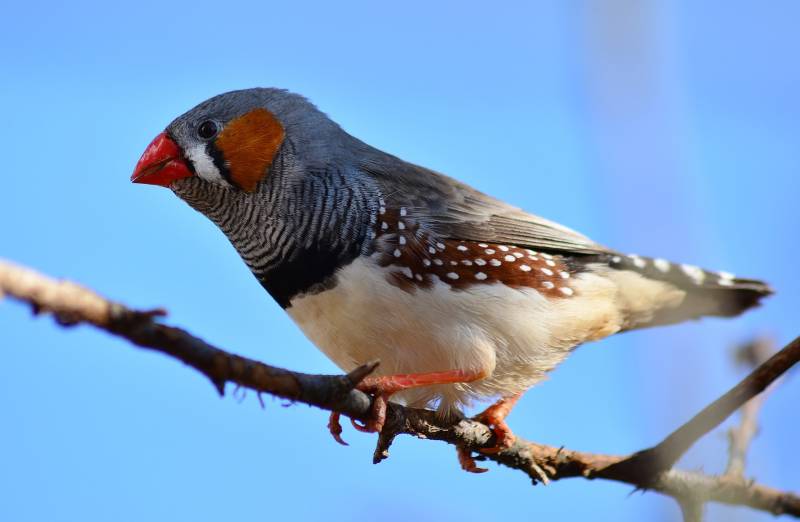 They’re domesticated – like dog breeds, they’re bred by people – and they are bred from a few finch species, though no one knows for sure which ones. As a result, they are the calmest finches when they are in close proximity to humans.

The owl finch, also known as the Bicheno finch or double-barred finch, is a grass bird. Owl finches are a vibrant addition to the communal aviary. Owl finches are endemic to Australia, where they live in woods, grasslands, scrublands, and metropolitan parks. They travel in groups of 4 to 40 and are frequent fliers.

For hundreds of years, European goldfinches have been kept as pets. They have a yellow, white, and gold color scheme, with a red facial patch on the male that is bigger than the female.

Whydah finches are glossy black and white finches that live in the tropics and have a distinctive look. During the breeding season, the male develops a magnificent tail that is double the length of his body.

Like other birds, a finch will build its nest in a position that will keep it secure from potential predators. Finches may typically make finch nests in natural or manmade cavities, including old woodpecker holes, hanging plants, and birdhouses, depending on the design.

Finch nests are formed in the shape of a cup, with a bed made of twigs, grass, leaves, tiny roots, and feathers. The males usually bring in the nesting materials, while the females build the finch nest.

Here are some of the climates in which finches usually live:

Where Do Finches Live In The Winter

Winter finches prefer coniferous trees and bushes, so establishing a thicket of these trees will provide them with a secure and convenient resting spot. The birds will also seek refuge in any holes or hollows.

Many finches from the northeastern United States travel south for the winter. Female Fiches travel further south in the east than male finches. Most brown females are frequently seen at feeders in southern regions, but northerners prefer the bright red males.

In the West, they are mostly found throughout the year, though some may migrate to lower altitudes during the winter.

Some are permanent inhabitants in the East, while others migrate vast distances south in the fall. The birds migrate in flocks, primarily during the day.

Where Do Finches Live In The Wild

Finches like densely forested locations and house finches have been found to make their nests in coniferous trees, hanging planters, and even other birds’ abandoned nests. Finches may be found in mountainous areas as well as deserts.

Some finches, like society finches and zebra finches, do not know how to survive in the wild.

Finches can often be seen around barns and stables in rural settings. Finches also dwell in natural environments such as arid desert, desert grassland, chaparral, oak savannah, streamsides, and open coniferous woods at elevations below 6,000 feet in specific native ranges in the West.

Where Do Finches Live? – Conclusion

All finches are classified into four subfamilies, each with more than 40 genera, based on genetic studies. Besides Australia, finches may be found all around the world.

They’re particularly well-populated in the Northern Hemisphere. Finches may be found in deciduous and evergreen woods, as well as tropical and subarctic regions, mountains, and deserts.

Because of their tiny size and ability to sing lovely melodies, finches are popular as pets. Many finches are also threatened by habitat degradation, illnesses, and over-harvesting in the wild.