Home > Interesting Facts > Why Are Rabbits Associated With Easter?

It’s not the first time mythical beings and existences have been associated with festivals.

Much similar to the famous Christmas Santa stemming from the doctrines of the early Dutch settlers, the Easter bunny is yet another myth found intriguing.

When Easter is mentioned, we subconsciously picture a colorful and glee atmosphere. There are egg hunts, baskets, and a mythical creature visited on Easter eve. 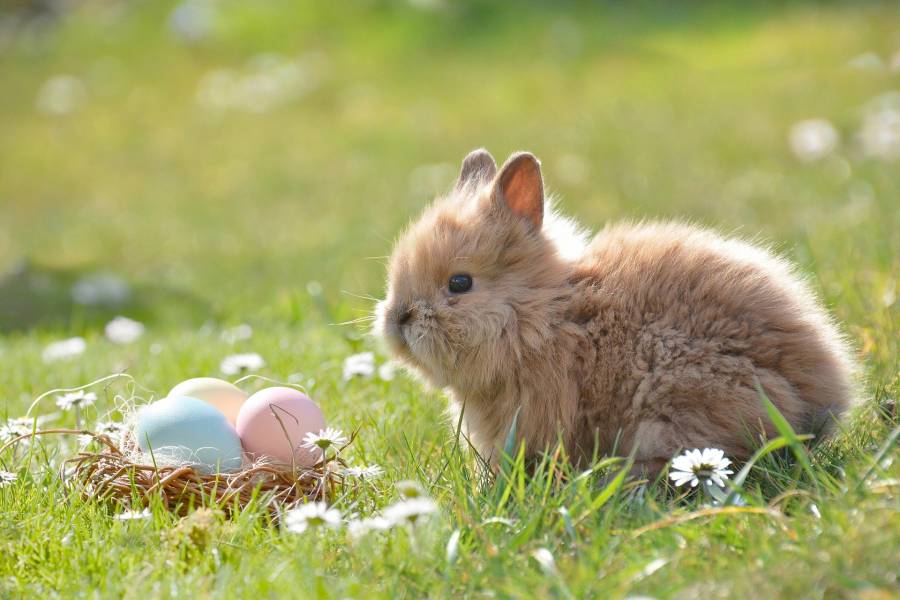 What is the root of the Easter bunny? From which doctrine was the concept of the mysterious bunny adopted?

Ever wondered why Rabbits are associated with Easter?

Easter as a global festival is celebrated differently in different parts of the world.

One common tradition is that children weave baskets placed by their doorsteps in anticipation of the famous Easter bunny who would fill these baskets with brightly colored chocolate eggs and other treats.

Why Rabbits? Where lies the connection between Rabbits and Easter?

Throughout history, it has been discovered that the rabbit being the Symbol for Easter is more than just a coincidence after all!

The myth of the Easter bunny has been in records centuries old. Here is why Rabbits are associated with Easters.

Origin Of The Easter Rabbit

The Easter bunny has long been acknowledged in history, observed in the practices of the early Christians and even pagans.

However, early Christianity didn’t have mention the Easter bunny.

It was not in the Bible! Neither was the doctrine practiced by the early Christians.

At what point in history did the narrative change, and when did the Easter bunny become such a widely accepted concept in the celebration of Easters?

Historians suppose that the Easter Bunny arrived in America through German immigrants who eventually settled in Pennsylvania.

Before their advent, there were no such things as Easter bunnies in the American tradition.

They introduced their culture of a rabbit who would move from house to house, dropping eggs, treats, and gifts in the baskets for children.

With further investigation, it was discovered that this mystical rabbit was initially a hare.

It is documented by The University of Florida’s Center for Children’s Literature and Culture that the origin of Easter and also the origin of the Easter Bunny can be traced back to the 13th-century.

It can be traced in Pre-Christian Germany when the religious norm was to worship several gods and goddesses, whom they believed had different functions.

This German tradition is believed to have stemmed from the German mythological creature named Ostara, who symbolized fertility and the new life of the coming spring.

Early Germans believed that Ostara changed her pet bird into a rabbit to amuse children and laid brightly colored eggs.

These eggs Ostara would give out as gifts to children during Easter.

This myth eventually brought about the tradition of the Easter Bunny, which came alive every Easter, traveling across cities and households, dropping baskets containing gifts for children.

The tradition evolved to what we have in the modern era as Easter bunnies.

The gifts were mostly grass, fruits, and eggs. However, chocolates were included as time passed, specifically in the 1800s.

Another narration has it that the tradition of the Easter bunny stemmed from the ancient pagan tradition.

The pagan Eostre festival was traditionally the Goddess of fertility and spring. Just like the belief of the early germans.

It is believed that this Goddess’s symbol was a rabbit which has long been associated with fertility in the pagan tradition.

Because of their high reproduction rate – cottontail rabbits can have up to sixty babies per annum!.

A rabbit can get pregnant within hours of giving birth, and its gestation period is only 28 to 31 days.

Apart from the general ideologies and myths, there are early publications that made mention of the Easter bunny. Some of these are:

Publications In The Late 16th Century

The earliest documents that made mention of the mythical Easter bunny were published in the 15th Century.

By 1680, a story describing a magical rabbit that laid eggs and them in a garden was published. 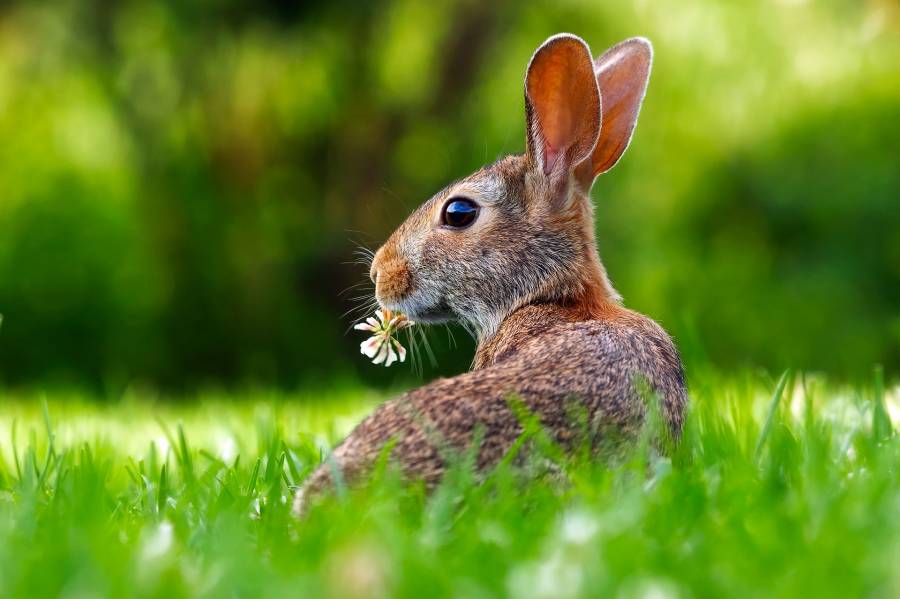 Another research has it that the custom was first mentioned in “George Franck von Franckenau’s De Ovis paschalibus” in 1682, referring to a German tradition of an Easter Hare bringing eggs for the children.

Initially, it was believed that kids anticipated receiving colorful eggs as gifts for the Easter bunny on Easter Evening.

As time passed, children started making nests from moss, which they’d place by their front door in anticipation of the Easter bunny.

It is also documented among the German Lutherans that the Easter Hare functioned as a judge.

It mythologically evaluated whether a kid was good or bad if the child conformed to the traditional virtues or not and whether the child abstained from the ‘sins’ and other morally discouraged acts.

The Christmas bunny also gave out goods and treats to the ‘good’ children a night before Easter, just as the Santa clause did before eve.

Why Are Rabbits Associated With Easter?

Rabbits are almost always associated with abundance, prosperity, good luck, and fertility. The symbolism of rabbits is unanimous in most ancient cultures.

Rabbit symbolism is consistent, unlike many other animals, with different meanings in different cultures.

In most European cultures, rabbits are springtime animals symbolic of fruitfulness and renewal.

This significant connection between rabbits and spring is also seen in Japanese culture. In the U.S., rabbits symbolize cleverness, devotion to self-improvement, and good luck.

Apart from this general belief that the rabbit symbolized the Goddess of fertility, good luck, and spring in the various cultures and traditions, there appears to be no other meaningful connection between Rabbits and Easters.

Rabbit Is Not The Only One Associated With Easter

In other parts of Germany, the Companion of Eostre, from which the festival was named, was a fox, and this made the celebrating children craft nests and baskets from moss and grasses, then place this at their front door to receive their share of Fox’s treats-Eggs and gifts.

Pets are also locked up all night to ensure the Easter fox is not disturbed or distracted as he ‘blesses’ them with its treats.

In Swiss, the replica of the Easter bunny is a bird, the Easter cuckoo. Also known to treat children with gifts a night before Easter.

In Australia, their version of the Easter Bunny and Cuckoo is the Easter Bilby, a species from the Marsupials family. It is because rabbits are not so popular in Australia.

Rabbits are versatile, an excellent source of income for a farmer, and a fast way to grow a business due to their litter size and short gestation period.

Rabbits are also Excellent delicacies as their meat is soft and tastes heavenly. The rabbits’ skin is used in the textile industry, and rabbits’ fur can be used to manufacture many clothing items.

With all these, rabbits are easy to feed, making their maintenance cost minimal. Rabbits also serve as excellent companion animals.

It seems to be all gain and no loss for these cute, furry animals. Perhaps there is a magical aura with rabbits.

Maybe there’s a fact in Rabbits being the physical embodiment of the Goddess, Eostre, making it perfect for the Holy Easter festival.