Is your fish unnaturally swimming backward or sideways? Has it been acting a little odd lately in the tank? If yes, your fish could be experiencing swim bladder disease. 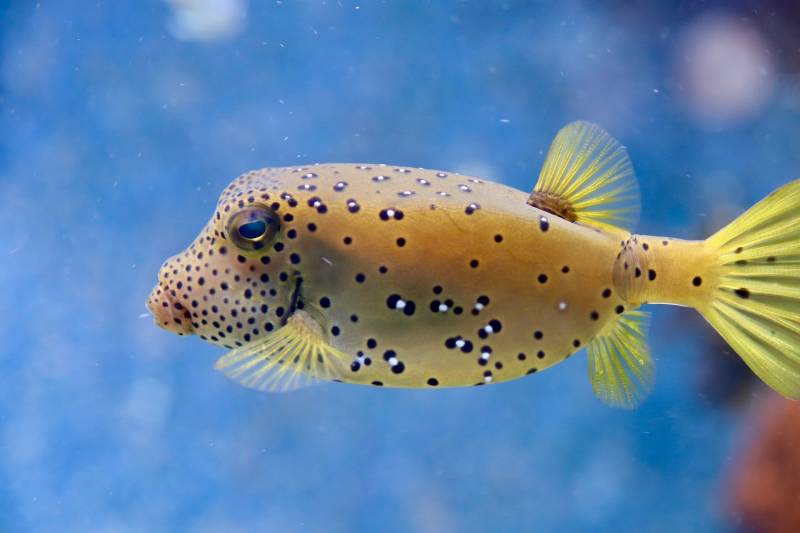 What Is Swim Bladder Disease Exactly?

Swim Bladder Disease is not exactly a disease but more of a disorder. It is considered an ailment of our fin-friend that causes them to swim less likely.

Most fish have either one or two-chambered swim bladders that sits just on their vertebral column. The swim bladder is responsible for giving our fin-friend a neutral buoyancy and being able to stay in the middle of a column of water.

When a fish starts to grow too fast or too slow, its swim bladder is constricted by the external body shape. This is the point where it can’t keep up with the fish’s neutral buoyancy, so either it will float or sink.

Unfortunately, sometimes, these became permanent and will cause distress not just to owners but more importantly, to the fish.

When Does Swim Bladder Happen?

This ailment commonly occurs when your fin-friend overeats or gulps air beyond the limit. Sometimes, it happens when they are in a cooler temperature as it slows down their metabolism.

When the water is not clean, it also affects the fish’s digestive system. On rare occasions, they are born with it as symptoms show early in a fish’s life.

Treatment Of Swim Bladder In Fish

Treatment will vary depending on what cause your fish to have swim bladder disease. The first thing to do is to move the suffering fish to another tank. This is to avoid harming the other fish during medication.

Swim Bladder issues are most common in goldfish, but in reality, they can occur in any aquarium fish. So, as an owner, it is vital to know how this issue should be treated and cared for.

For physostomous types of fish, like Goldfish and Catfish, they have a tube connecting the esophagus and swim bladder. So, if they can go to the surface and suck in a little bit extra of air, they might be able to inflate their swim bladders themselves and have neutral buoyancy again.

Being a physostomous fish, it is in their nature to have the capability to overeat. Therefore, they also suck in too much air. If this happens, they will be temporarily stuck on the surface, and then they’ll go back down.

The ideal treatment is to expose them to a sinking diet, so they’re not sucking in a bunch of air at the surface. Thus, they will not float after eating. You can accomplish this by giving them sinking pellets. It has a lot more nutrition on it, like protein; it’s a better overall diet.

2. Fasting And Feeding Them Green Peas

Again, in order to give the right treatment, it is essential to identify first what causes it. Overfeeding is one of the majority reasons for swim bladder disease. Betta fish is one of the types of fishes which commonly suffers from this ailment.

Bettas are naturally gutty, and they tend not to stop eating as long as there will be food. Thus, it makes them feel constipated, resulting in swim bladder issues. Not only causes them constipation, but it can also result in fatty deposits building up in their bladder. 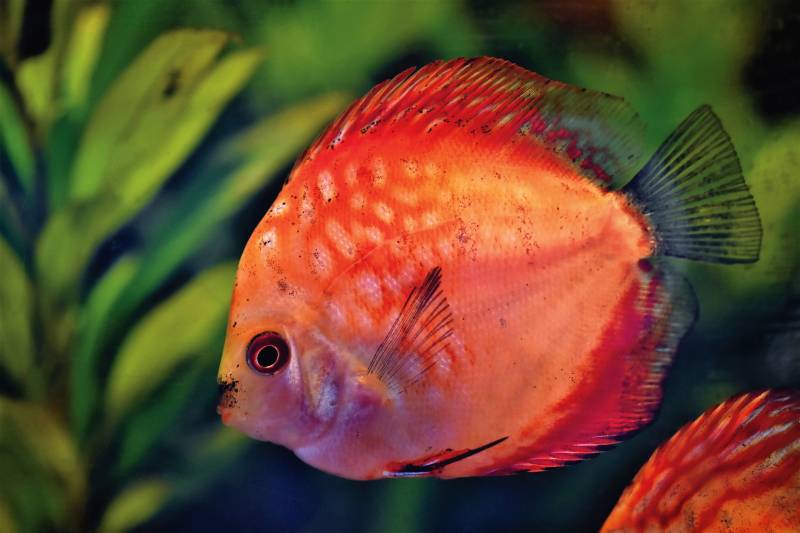 The ideal thing to do is to fast them for 2-3 days. After fasting them, feed them on the fourth day with cooked peas. Ensure that the peas are not cooked long enough to be mushy. Otherwise, it will fall apart before the betta could eat.

Also, peel the peas’ skins first before giving them to your betta. Cooked peas is good because it acts as a laxative helping your bettas’ digestive system functions well. Keep feeding your betta with peas for a week, and make sure not to provide him with more than 2 pieces a day.

Koi Carp could also contract this disorder, although it is not that common for it as it is for other fishes. Constipation, too much gulping of air, or liver problems are common causes of swim bladder disease. But parasitic and bacterial infections are also considered, which is common in Koi.

This usually occurs in winter. During this season, Koi lie dormant and overwinter and, their natural defenses are lower in this state. Meaning, there are more exposed to infections, which can inflict on their swim bladder.

The ideal way to intercept this is to make sure that the pond where your Koi inhabits is winterized for them safely. That could mean providing the right pump and filter for your Koi in their habitat.

Reassure that their habitat is clean for them during torpor. At the same time, make sure their diet is healthy and just right for them.

It is a unique salt formula that aids freshwater fish such as Angelfish, Cichlids, and Gobies keep up a constant internal salt and fluid balance. It is extremely useful, especially when the fish has a problem with their swim bladder.

It can also be used in different ways, as a tonic for an aquarium and a mild buffer. It will also come in handy in minimizing the stress on fishes in the tank. Besides, it serves as a measure if one wants to lower down the toxicity level of nitrate.

Treatment depends entirely on the cause of the problem. So, knowing first the reason will help us in diagnosing our fin-friend. We may not be able to ask our fin-friend why they’re suffering from the condition.

But as an owner, it is vital to know all the necessary information, so we’ll have an idea how to tend to our fin-friend.