Pigs are omnivorous animals that have largely been under the spotlight for their domestication.

Not only are they brilliant, but close inspection proved them to be extremely faithful as well. 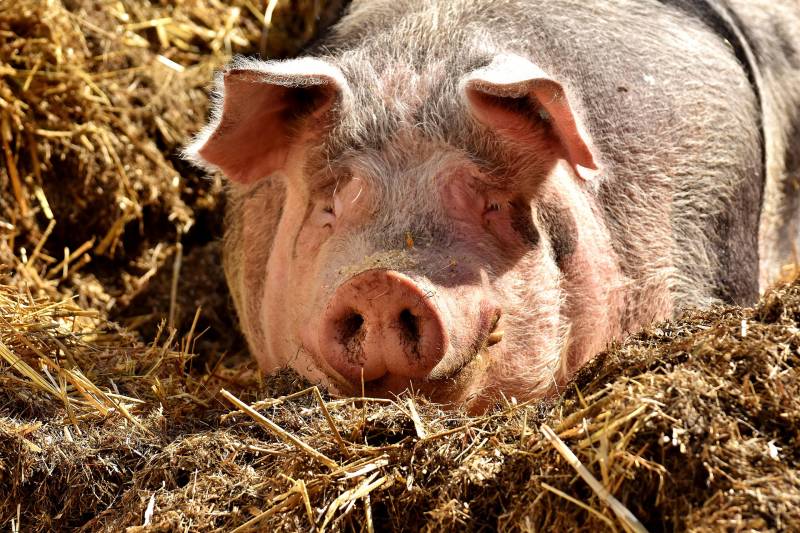 Still, they require regular care. One of the duties of pig owners is hoof trimming. But how do you sedate your pig for this task?

This process includes using a drug to produce a state of calm and tranquility to living organisms.

Pigs are usually subjected to this process during various trivial tasks, in this case, hoof trimming. Pigs are generally considered to be quite difficult to sedate.

Their heavy, bulky bodies and a great mass of muscles make it tough to locate suitable points for injection. However, if authentic measures are taken to ensure easy sedation, it might not be as difficult as it seems.

The sedation process consists of injecting the drugs and waiting for the pig to pass out. One needs to fully monitor the vitals and reactions of the pig to not cause any complications.

First and foremost, a pig should undergo a physical examination. One should always be aware of the underlying conditions that the pig is going through.

Rabies, for example, is not a common disease in pigs. However, it has been reported in pigs where it is endemic, so extreme caution is required. Common signs like difficulty in walking are also not something that should be overlooked.

Fluid deficits present before the process should be removed by fluid therapy. Also, the existence of drug therapy such as antibiotic food additives or anthelmintics becomes a huge issue. These should be pre-removed before sedation. If present, they can make interactions with anesthetic agents.

Three main drugs that can be used to trigger the sedative effect in pigs are:

These medicines, with varying dosages as prescribed by the vet, are used as sedatives for pigs.

It is essential to be well aware of the consequences of these drugs, before subjecting animals to them. These drugs, in general, cause drowsiness, hypotension, decreased respiratory rate, and bradycardia. It can also lead to cardiovascular collapses; however, it is rarely seen in pigs.

Obesity in pigs usually makes the process difficult to handle; however, using effective measures of drug administration comes in handy. They include using a low-flow extension line connected to the syringe. 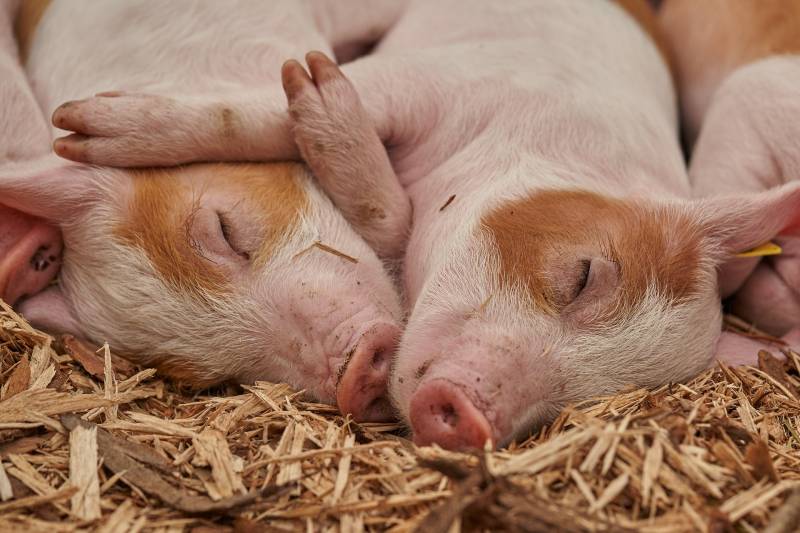 It allows the medic to sink the plunger from afar if the pig loses control. Other than that, make sure to inject the drug at areas with the least amount of fat i.e., caudal to the ear or in the distal thigh.

It is no easy task to have IV access while sedating pigs. However, a simple rubber band around the base of the ear can make the job a lot easier.

Pigs, like human beings, can face post-sedation nausea. Hence it is wise to keep them away from food at least 12 hours before sedation. Water can be provided at any time.

Also, the respiratory rate of the pig is to be monitored continuously. It should be supplied with an ample amount of oxygen using an oxygen mask while it is unconscious. This is mainly because they rely on breathing through their mouths.

Anesthetic drugs cause hypothermia and hypotension in pigs. Hence it’s best to provide the pigs with supplemental heat during the process.

This can be achieved by using water blankets and heating device. It is crucial to make sure that the animal is not in direct contact with the device.

Overweight pigs are particularly vulnerable to hypoventilation, respiratory acidosis, and death during the procedure. Therefore, it is wise to keep the sedation time minimal.

This includes difficult intubation due to minimal muscle relaxation.

This specific dose is used in swine for shorter sedation time.

As mentioned before, the use of reversal drugs is helpful to the pig for a swift recovery. Some of these drugs used are:

Another thing to keep in mind is to be schooled on the after-effects of these drugs. Generally, no medication should be administered to an animal without knowing its effects.

It is vital to monitor the following during sedation:

Pig sedation is a process that not everyone can perform, following the required protocols. Even if it’s temporary for something as trivial as hoof trimming, it’s better to involve trained personnel in the process.

To avoid harm, one needs to be properly schooled on the topic before they attempt to perform such a procedure.