Home > Behavior > Why Does My Cat Not Like To Be Held?

Most owners tend to show affection toward their cats by picking them up. Having the furry creatures rolled up in our arms feels like the biggest perk of being a cat parent.

However, not all felines are thrilled by this gesture. So much so that, sometimes, even the clingy breeds like Siamese show resistance towards being picked up or held. 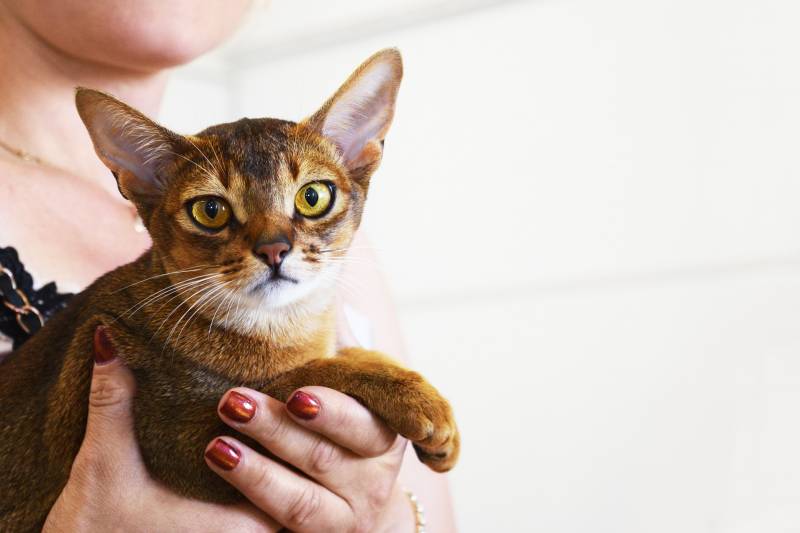 Owners may experience the cat squirming in attempts to free itself if held for a long time. It may even growl or hiss while in its owner’s arms.

Veterinarians have studied this behavior and suggested the following reasons for it.

6 Significant Reasons For Cats Not Liking To Be Held

Being held is a form of restraint, even if it is done with pure intentions of love and affection.

Sometimes cats feel threatened by being held if they have had a negative experience with being restrained in the past.

It can be associated with being physically restrained for having their temperature checked, vaccinations, or trimming nails.

Being abruptly scooped up may remind the cat of those instances. Instead of making it feel adored, you might end up startling your cat, especially those that are rather jumpy.

Lack of socialization is another reason that cats may refuse to be held. Cats, like other pets, require intended socialization activities when they are little.

It helps them develop trust and become familiarized with the presence of humans around them. A cat who is not socialized can be distrustful, fearful, violent, or scared.

On the other hand, a properly socialized cat is more likely to be trusting, loving, well-behaved, and affectionate towards its owner and other humans.

Sometimes a cat may express dislike towards being held because it had been exposed to a traumatic experience in the past.

Although cats do not have memories like humans, positive and negative experiences shape the behavioral patterns of pet animals.

Cats that have been rescued or adopted may have a history that we are not aware of.

There is a chance that these cats have experienced some form of trauma. A bad experience with a previous owner could be such an example.

These experiences may make them afraid of people holding them or picking them. Furthermore, it could come from an experience typically not traumatic but still unpleasant.

Significant examples are visits to the groomer and the vet.

Whenever a pet deviates from its established behavioral pattern, it’s usually a sign of illness.

If a cat usually loves affection but has suddenly become cranky towards a good snuggle session, it could indicate a health concern. The cat might have fallen while jumping and hurt some part of its body.

Pets with access to the outside world may have got attacked by some predator or eaten something poisonous, causing some form of sickness.

The cat may associate the feeling of being removed from the ground with that unpleasant experience. It is best to take your feline to the vet in this case.

However, its aversion to being picked up may persist even after the condition is treated.

Holding a cat, albeit out of love, is a form of restricting its movement. Cats love their freedom. Being restricted suddenly may make the furry creature feel trapped or even disrespected.

We are all aware of how cats independent most cats are. Regular interaction between cats involves sniffing, licking, rubbing, and snuggling.

They would usually initiate a social interaction by sniffing and rubbing, sometimes followed by purring.

However, being picked up and held isn’t natural in their world. Although cats are considered predators in the wild, they are still prey to larger animals and may perceive your advances as a threat.

They may even have a fear of being dropped. Older cats that are rather frail may scamper away from your hold due to fear of joint pain.

6. Nature Or Breed Of The Cat

While some breeds of cats are more likely irritated by being picked up, others are rather needy and cuddly.

For instance, one of the most laid-back cats is Ragdolls, who love to be picked up and cuddled.

Whenever somebody lifts them in their arms, they usually get limp. On the other hand, Bengals and Abyssinian do not like cuddling. They are considered aggressive cats by some people.

Persian cats also do not like being picked up as much as other cats. They prefer keeping their paws on the ground and napping on the couch. 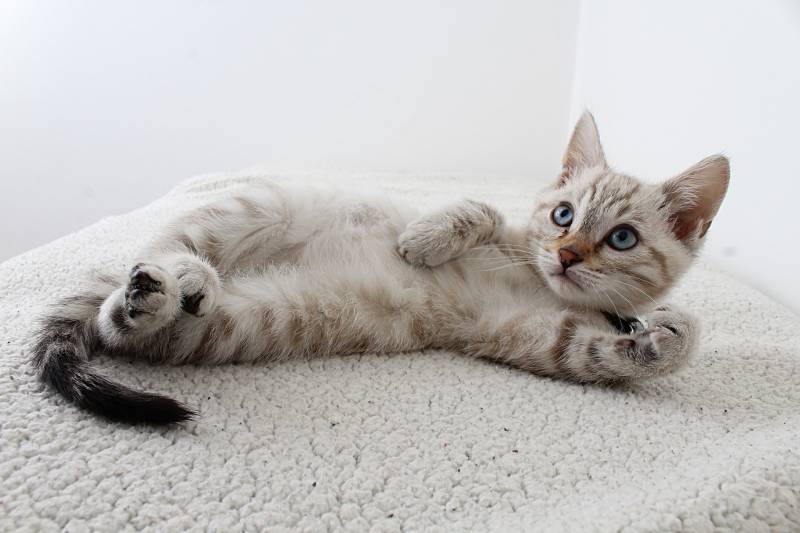 The Best Method For Picking Up A Cat

If your attempts of picking up your furry friend are repeatedly met with discontent, it is advisable to not push it further.

However, if you need to pick your cat up for an emergency or administer medications, there are ways to do it.

One of the things that all cat owners should excel at is how to pick up a cat correctly. Scruffing your cat will put it in a comfortable position to be picked up most of the time.

The scruff of the neck is the loose folds of skin found at the back of a cat’s neck. Scruffing is the act of grasping the loose skin, sometimes accompanied by lifting the cat.

Mastering the appropriate way to pick up a cat, starting with the correct approach, is essential. It is easier said than done.

It involves understanding how to properly introduce yourself to cats, read their body language, and use techniques for lifting and placing cats back down.

What Not To Do?

Cats that experience stress may attempt to get away desperately if picked up inappropriately. It may result in a high level of fear and possible injury to the cat.

If the cat you wish to pick up appears relaxed, it should be approached calmly and quietly. Speak in a soft and low voice. It would help if you also didn’t approach with laughter or strange noises.

Walk up steadily and don’t run or perform other quick movements. Do not approach if you notice that it leans away from your hand, adjusts its body, or is facing away or flinches.

The cat is trying to show that it is NOT interested in any physical interaction. Also, do not approach if the cat avoids sniffing your hand and just stares. Once it ventures in there on its own, praise it and give it treats.

You do not want to punish them when they try to get away from you. Your cat will learn to make peace with your show of affection with time and patience.

Respect its space, and you will find it come meowing to you more and more.

Why Does My Cat Not Like To Be Held?- To Sum Up

Answering the question of why some cats do not like to be held up is pretty tough. However, if you have known your cat since it was a kitten, you may be able to take a guess.

Each cat is an individual. Many variables will determine their level of affection and trust. Treat it with respect and love, and you will enjoy a long, fulfilling relationship.