If you’ve ever been lectured by a foodie friend about the benefits of “bone broth”, you’ll know bones and their marrow are said to be great for the immune system, joints and the body as a whole.

Not to mention that dogs just love to chew! And so many owners resort to getting bones from the butchers or local pet store. 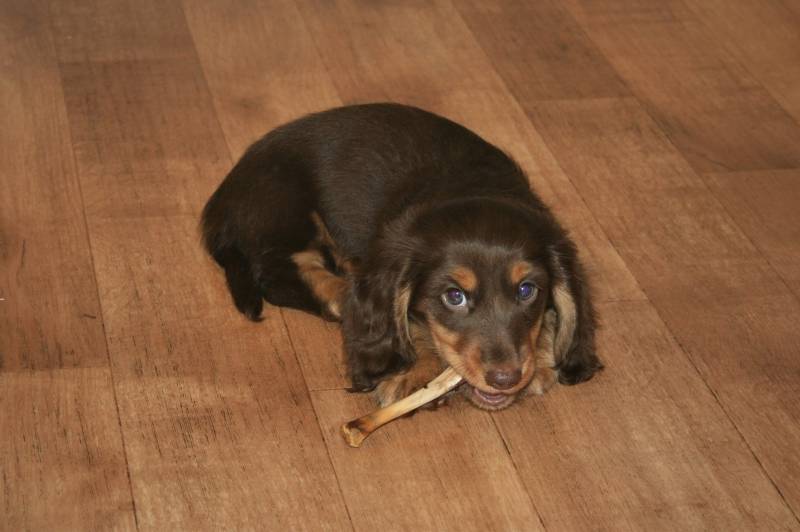 But is giving your dog a bone a good idea? And specifically, can dogs eat rabbit bones? Today we’ll answer both of these questions, looking at the benefits (and risks) of treating your dog to this crunchy, unusual snack.

The Benefits Of Bones

Any experienced dog owner will tell you that if a dog is given nothing to chew on, they’ll chew something they’re not supposed to. Chewing can not only be essential for a dog’s dental health but also provides all important mental stimulation and relieves stress.

In this sense, bones can be a cheaper alternative to toys (or your favorite slippers!). Indeed, a lot of larger, stronger dogs can go through a regular chew toy in a single day, while a bone can last much longer.

This goes especially for raw bones, which are more pliable and less fragile than cooked ones. In fact, cooked bones should never be fed to dogs at all, even if they’re tiny like the ever-popular choice of rabbit bones. But more on that later.

And then, of course, there’s the argument of bones being medically beneficial.

Many people preach the health benefits of bones, saying they prevent digestive problems and help their dogs grow. But is this all just hearsay?

Not entirely. The chemical that bones themselves are made from is called calcium phosphate, and this stuff can actually help your dog’s skeleton ‘regenerate and adapt’ throughout its life. Pretty cool, huh!

Unless your vet has specifically told you that your dog needs more calcium, though, you don’t need to worry about adding more to his diet in this way. Too much calcium is actually bad for dogs and can cause health and kidney issues down the line.

Fine, small bones like rabbit bones can also provide additional roughage for the digestive system when ground up and added to food. But if your dog’s diet is balanced already, he shouldn’t need bones for digestive reasons.

Not All Bones Are Good Bones 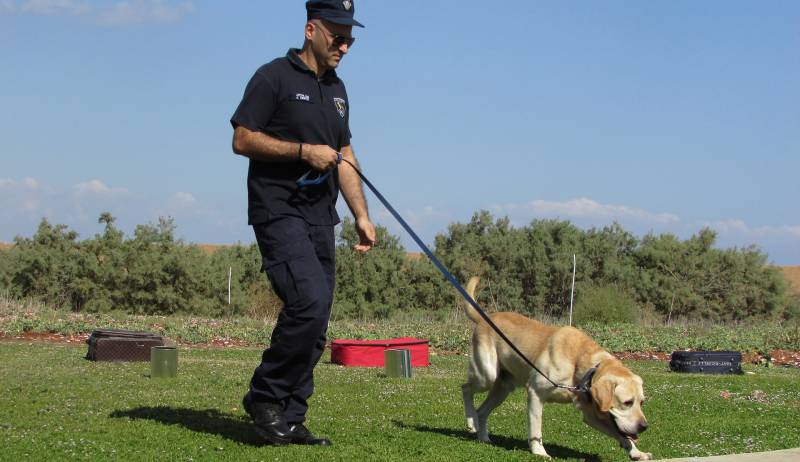 In the 20th Century, it was still fairly common for people to grab a large bone from the butcher, cook it for broth, then give it to the dog after. This is now widely regarded as unsafe as cooked bones can splinter, which can cause a multitude of problems.

Pork bones are particularly prone to splintering, as are ribs or other fragile bone types.

And this is a serious issue. If the bone is cooked or damaged somehow, small parts can flake off and cause injury.

Your dog’s mouth may end up being punctured or cut or (worse still), your dog could even swallow the splinter and have to have it surgically removed. These accidents can happen supervised or not, so it’s best to just veto cooked or broken bones.

Not to mention the fact that bones actually lose some nutritional value in the cooking process. So, all this considered, there really is no point in cooked bones from a health perspective.

What Size Of Bone Can I Give To My Dog?

Fear of splintering or tooth damage puts many owners off of larger bones. But smaller bones, like rabbit bones, aren’t any less dangerous. In fact, the smaller the bone, the more likely it is that it’ll be accidentally swallowed…

A good rule of thumb is to never give your dog a bone they can easily fit in their mouth. This might be frustrating for the dog but will significantly reduce the risk of suffocation or intestinal blockage.

Rabbit and chicken bones are popular choices for owners worried about splintering or tooth breakage. This is because they’re small, pliable and supposedly easily digested.

In fact, rabbit bones and rabbit meat are bought frequently by people wanting to feed their dogs on a raw diet. The idea behind this being that non-domestic dog breeds have historically dined on rabbits and other small animals in the wild.

To meet this demand, stores and online retailers sell rabbit bones for this purpose. But they actually come with the risks that any other small bones do.

So what can you give your dog in lieu of bones which will do the trick?

Some Healthy Alternatives To Rabbit Bones

Type ‘dog dental chews’ into Google, and you’ll find a whole host of options. One brand which proves very popular is Pedigree, and you can even find their products being sold in some veterinary surgeries as they’re widely regarded as safe and healthy.

Pedigree Dentastix, for example, are a handy size and help support your dog’s oral health. And for larger dogs, the occasional Jumbone is perfect for larger dogs who require more of a challenge.

Generally, anything that’s been specifically created for your dog’s health and nutrition will be safer than “natural” options touted by raw diet enthusiasts.

A common “healthy alternative” is eggs. There is some sound reasoning behind this as (like bones) eggs are rich in calcium carbonate. However, eggshells can cause an imbalance of calcium and phosphorus in the body, leading to similar health problems.

At the end of the day, while your dog might enjoy or want a bone to chew on, it’s simply not worth it. The world of chew toys and canine dental snacks has advanced exponentially since the days of old, and bones for dogs just aren’t necessary anymore.