Home > Diet & Nutrition > Can Cats Drink Almond Milk? Everything You Need To Know! 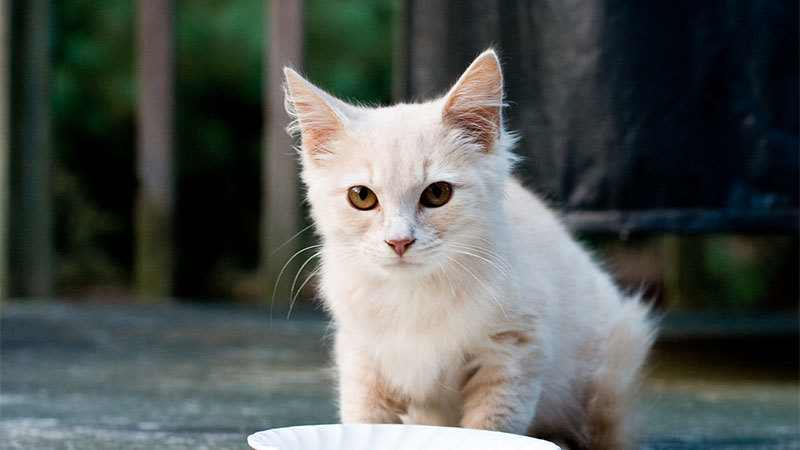 SHORT ANSWER: Cats are able to drink almond milk, but in moderation.

To be clear, almond milk does not contain any dairy products like cow milk – it is made of almonds, after all. Almond does not contain lactose, a substance that most felines are intolerant of.

Additionally, almond milk does not have other ingredients that are known to be toxic to cats. BUT – vets advise against it because almond contains a few substances that might upset your cat’s stomach.

All of a sudden, more and more people are shifting towards the consumption of plant-based products.

Our air is no longer as fresh, and there are numerous articles shedding light about how we’re all running out of water.

On that note, what’s next for our furry friends and us?

It’s understandable how, because of the many changes our environment is going through, many of us are attempting to lead fuller and healthier lives.

Milk, for example, is a staple that’s found in millions of households all around the globe. It doesn’t matter if you live by yourself or with a kid, a cat, or a dog.

Milk is a beverage that’s perfect for practically many living beings.

In the wake of the vegan lifestyle, almond milk is one that’s gained growing popularity over the years.

And why wouldn’t it? It’s low in calories. It doesn’t increase blood sugar, it’s free from dairy, and it’s high in Vitamin D, to name a few.

It’s practically the most reliable switch to cow milk for us healthy people.

Furthermore, it’s no secret that humans benefit significantly from almond milk, which, by the way, is very easy to make.

But what about felines? Can they take almond milk? And if they can, does it significantly contribute to their well-being? 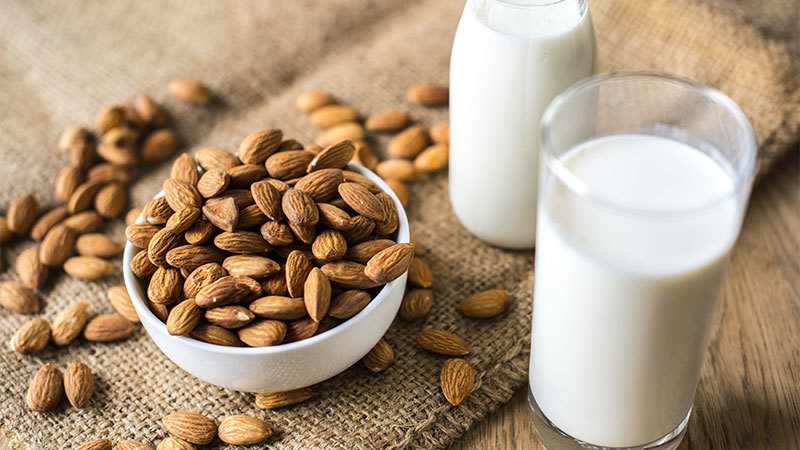 First off, it’s noteworthy that cats find the taste of milk to be tasty. Despite that, studies have revealed that dairy products can do them harm in that lactose content is most likely to cause them diarrhea.

But since almond milk is dairy-free and does not carry a hint of lactose, is it a great alternative to our milk-craving feline pals?

Vets advise against it. Experts don’t suggest feeding them nuts because it only heightens their sensitivity.

While they aren’t particularly life-threatening, almonds could cause abdominal pains, upset stomach, diarrhea, and even vomiting.

Many cats look forward to the taste of milk. It’s refreshing, creamy, and sweet.

But as their responsible humans, we know we shouldn’t be giving them any products with dairy. Almond milk, on the other hand, would have been the perfect substitute If it weren’t for almond elements.

While multiple pieces of research have claimed for felines to look for the sample of milk actively, animal nutritionists have been very adamant about not giving out furry friends nuts to prevent an upset stomach. To clarify, almonds are not innately toxic.

But if we want our feline friends to be spared from gastrointestinal pains, it’s best to avoid them altogether.

If milk is generally not healthy for cats, why do they crave for it to begin with?

It’s normal for grown adult kitties to still look for milk. Like newborn human infants, kittens, too, once started out with cat milk produced by their mother.

Just like us, cats correlate certain scents and flavors with familiar encounters.

Milk is very much like a guilty pleasure to a kitten.

Although it’s been established that felines should not be drinking cow milk and almond milk in and for meals, you can quench their search for milk with a treat that contains milk as an ingredient.

Are we allowed to feed our cats almond milk?

Having pointed that out, are we allowed to pour milk directly on our cat’s food, granted that we don’t have a dish for them with milk as an ingredient?

The answer is still no. It may seem promising, but our cat’s health and welfare should always come first. An upset stomach can be insanely stressful for our furry buddies.

If you’re bent on giving your cat almond milk as a treat, there’s a plethora of cat milk available in most pet shops and groceries.

But bear in mind, this still shouldn’t be a part of their everyday intake.

Aside from water and other acceptable milk types, alcohol, juices, other chocolate-flavored beverages should never be fed to your cat.

If you have a fish tank somewhere in your home, make sure the top is covered, as chemicals present in aquarium water are not healthy to your cat.

Also, this may seem pretty clear, but toilet bowl water is just as dirty and inadvisable for our pets.

Having mentioned all these, we can’t stress enough the importance of making sure your cat is hydrated at all times.

One way to encourage your cat to do just that is by putting multiple bowls in strategic areas of your home.

If your cat has independent access to the front door (by way of their little cat door), then it’s helpful also to leave a bowl outside or by the door.