Home > Interesting Facts > Did All Dogs Come from Wolves? – Explanation

Believe it or not, there is evidence that our friendly and loyal snuggle canine buddies evolved from wolves.

The more scientists have researched, the more evidence from fossils has proven that dogs evolved from wolves. 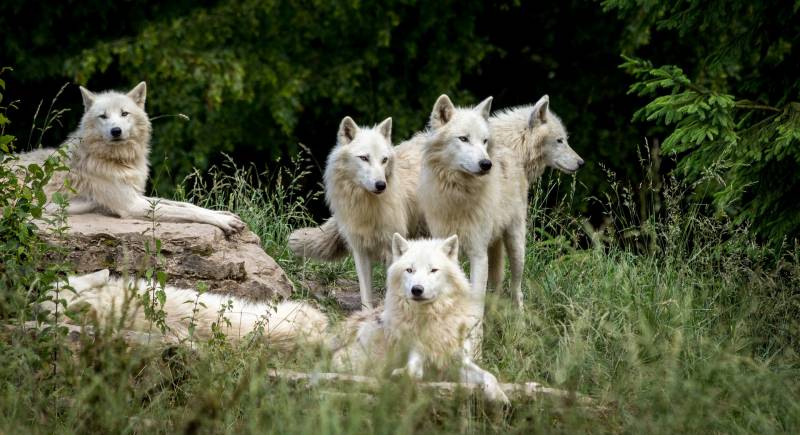 The story of this evolution from wolves to dogs is not as straightforward as one would expect. Scientists now have differing opinions from their age-long accepted theory on how dogs evolved.

Did all dogs evolve from one wolf ancestor? Did humans domesticate wolves, or did they domesticate themselves? Why are dogs different from wolves? This article will answer these questions as you read on.

The Evolution of Wolves to Dogs

Here is one story about how dogs evolved that you may have heard. The story says that a human took a wolf, domesticated it, and became the ancestor of dogs.

As simple as the story sounds, scientists have proven that it isn’t that simple. So how did dogs evolve from wolves?

Scientists generally agree on an extinct wolf species from around 15,000 to 40,000 years ago. Many believe that dogs and gray wolves evolved from this species.

However, the place and timing of the domestication of dogs are subject to much debate among scientists. Some studies have identified China, Europe, and Mongolia.

There have also been suggestions that dogs were domesticated rather long ago, nearer to 40,000 years ago.

The theory came about due to a difference in the age of fossils traces to Asia and Europe. The fossil traced to Asia suggested that dogs were domesticated there, and a group likely migrated to Europe.

However, older fossils existed in Europe before the age of the one traced back to Asia.

The History of the Domestication of Dogs

Another exciting area to consider is whether humans domesticated wolves, or did wolves domesticate themselves?

You might ask: is that even possible? Two stories exist on whether humans did domesticate wolves. One account suggests the scenario of a hunter in the wild befriending an injured wolf. Then the wolf, in return, becomes docile and loyal to the hunter.

The second story concludes that a human farmer captured or found a wolf pup and domesticated it. Both reports on humans domesticating dogs have received little scientific backing.

Many scientists support a theory called the “survival of the friendliest”. The belief here is that wolves became willingly docile among ancient human hunter gatherings for food’s sake.

Observing the wild nature of wolves has led scientists to deem it very unlikely that humans had somehow tamed wolves. The theory attaches a process called self-domestication to this narrative.

In the self-domestication process, it is believed that the physical characteristics differentiating dogs from wolves changed over time.

The changes happened gradually as the animals became more friendly. Scientists have found proof supporting this process in experiments carried out on domesticating foxes in Russia.

What Differences do Modern Dogs have from Wolves?

Modern-day dogs have some similarities to wolves. Apart from outward similarities, 98.8% of the DNA in dogs and wolves is the same.

Both animals also share a strong sense of smell, and they exhibit pack characteristics. Dogs and wolves sharing similar sizes also have a similar life expectancy.

The body language displayed by dogs and wolves is sometimes identical. The two animals also tend to hunt down prey.

Which Modern Dog Species are Similar to Wolves?

Many dog breeds closely resemble wolves in their physical appearance. Examples of these breeds include the Alaskan Malamute, German Shepherd, Samoyed, and the Siberian Husky.

For these breeds, it might not be difficult to accept their evolution from wolves. However, many dog breeds do not have apparent wolfish characteristics but are genetically closely related to wolves. 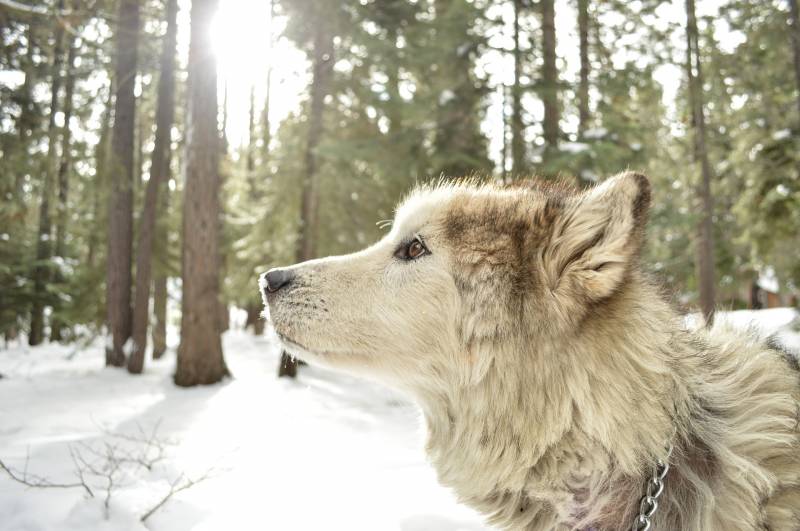 A study conducted by National Geographic suggested that 414 kinds of dogs have very close relations to wolves. These dogs are from 85 different breeds. Some of them include:

This Chinese dog breed closely resembles wolves. It is known as one of the oldest breeds in existence today.

This Japanese guardian-dog breed is also closely related to wolves.

Siberian Huskies originated from Siberia. They are very closely related genetically to wolves.

This small Japanese dog breed has a DNA composition that proves it is very ancient.

This breed is closely related to wolves and is known as an ancient breed.

Although this dog doesn’t physically resemble wolves, it is closely related to wolves.

This dog also differs in appearance from wolves but is genetically similar to wolves. It is also an ancient dog breed.

This dog closely resembles wolves in appearance and is of ancient origins.

The breed originates from China. Although very different from wolves in physical appearance, it is one of the breeds closest to wolves.

The Samoyed originates from Russia. It looks similar to wolves and is very closely related to wolves.

Despite the vast difference between this breed’s appearance and wolves, they are very closely related.

Dogs are known to have genetic plasticity. This feature is common to dogs alone among all other animal species in existence. Dogs have this ability to extensively very genetically.

Humans have bred dogs selectively over the years, manipulating the characteristics of the species. This selective breeding has created a broad range of features in dogs.

A phenomenon known as pedomorphosis or neoteny is also attributed to the difference between dogs and wolves. It states that dogs could retain juvenile traits during evolution.

As humans bred dogs selectively, they tried to retain appealing juvenile traits in dogs. This rete mainly occurred as the functions of dogs changed from working animals to human companions.

Due to this, puppies developed faster than wolf pups, making them look more pup-like. Such pup-like characteristics retained by them include snub noses and floppy ears.

Dogs did evolve from wolves, despite the many differences between the animals. The similarities between modern-day dogs and wolves are fewer compared to their differences.

Due to breeding and domestication, the evolution of dogs from wolves has led to a wide range of dog species. Whether scientists agree on the time and location of domestication, we have dogs today as particular companions.

Despite wolves’ wild, unfriendly nature, dogs evolved to become helpful and friendly companions for man. Understanding the evolution of dogs from wolves helps us appreciate our loving, loyal friends more.